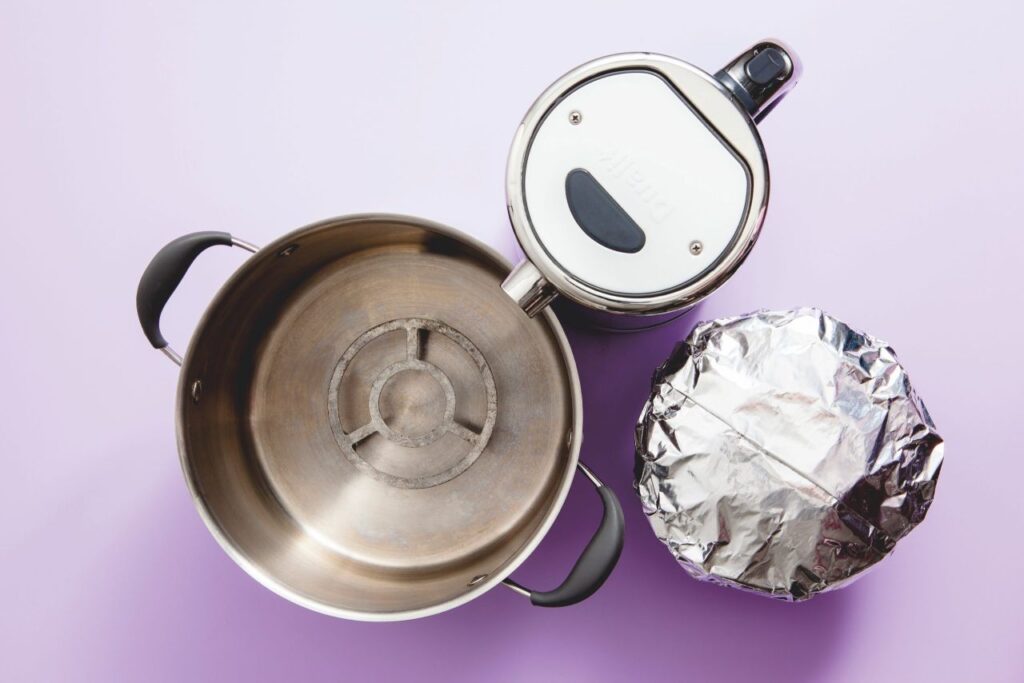 Find out everything you need to know about steaming a pudding including what equipment you need, how to steam, and even the best pudding bowls for steaming too.

Always wanted to know how to steam a pudding? Our step-by-step guide takes you through each stage of steaming a pudding.

Steaming may seem like an odd way to cook a pudding but it’s the perfect way to keep what is quite a dense dish moist. Steaming a pud is often associated with sweet puddings like Christmas pudding or chocolate pudding, however, you can cook savoury puddings, for example, steak and kidney pudding, in this way too.

Traditionally, puddings were steamed in a large pan on a stove, but modern technology enables us to steam a pudding in an oven, slow cooker, or electric steamer.

Where steamed puddings once contained suet, which makes them distinctly non-vegetarian (suet is the fat from around the kidneys of cows and mutton), today you’ll find recipes without this ingredient or with a vegetable alternative.

You can learn how to steam a pudding by watching our video above, which shows how to prepare a pudding basin, and how to create a pleat and tie it securely before steaming it in a large pan. We’ve got the method listed below for you too.

What equipment do you need to steam a pudding?

You will need some specific equipment when it comes to steaming a pudding to ensure you get a perfectly steamed pudding each time. You will need:

Top tips on steaming a pudding

First and foremost, don’t overfill the pudding basin. Leave a 2-3cm gap between the mixture and the rim.

When you place the pudding bowl in the saucepan it’s important that the water is halfway up the side of the bowl. This will ensure your pudding cooks properly.

How to tell the pudding is cooked

You’ll be glad to know that you can’t really overcook a steamed pudding. We wouldn’t recommend steaming any longer than half-hour to an hour after the time suggested on the recipe. The pudding won’t dry out but other ingredients may spoil if overcooked.

How do you steam a Christmas pudding?

How to steam a pudding: Step 1

On a sheet of baking paper, cut a circle 5cm larger than your pudding basin. To do this, use a ruler to help you mark a circle of dots from where the center of the bowl would be then join them up with a pencil.

How to steam a pudding: Step 2

Cut around this shape – it doesn’t matter if it’s not a perfect circle, but the important thing is that it is larger than the pudding basin.

How to steam a pudding: Step 3

Grease the paper circle with a little butter, then make a pleat at the centre by folding the paper in on itself, as shown in the video.

How to steam a pudding: Step 4

Place the paper circle, greased side down, over your pudding to cover the basin.

How to steam a pudding: Step 5

Cover with foil, folding down the sides to keep it in place over the pudding basin.

How to steam a pudding: Step 6

How to steam a pudding: Step 7

Place a trivet set in a large pan and place your pudding on top – or you could use an upturned saucer at the bottom of the pan, or even scrunched foil.

How to steam a pudding: Step 8

Fill to half-way up the side of the basin with boiling water, then cover, and steam for 2 hours, or until cooked. Check it occasionally and top it up with more water if necessary.

How to steam a pudding in the oven

If you’d like to steam a pudding in the oven:

How to steam a pudding in a slow cooker

Slow cookers are so versatile you can even use one to steam a pudding.

How to steam a pudding in an electric steamer

Using the same process as you would a slow cooker:

How to store a steamed pudding

Steamed pudding usually contains self-raising flour, which is an active ingredient, so aim to steam it as soon as you’ve prepared it.

If you can’t finish the whole thing, cover the leftovers in clingfilm and store them in the fridge. It should last for a couple of days but may become drier over time. You can reheat it once more – try heating it up in the microwave for 2 minutes until it’s hot.

You can usually freeze a steamed pudding in an airtight container then gently reheat when you want to eat it.

This sweet recipe is infused with super-sweet golden syrup, which makes it popular with the kids. Serve with a big dollop of whipped cream or custard for a warming treat.

Get the recipe: Golden syrup pudding

A true classic and possibly the most famous of all the steamed puds, you can’t go wrong with Mary Berry’s take on a Christmas pudding.

Spotted dick is a popular British desserts. A common sight on gastropub menus, it’s surprisingly easy to recreate at home.

Get the recipe: Spotted dick

Here’s a round-up of some perfect pudding bowls – each one is ideal for steaming, whether it’s ceramic, stoneware, glass, or steel.

This basin comes with an airtight lid and use-by date tracker. Sounds fancy – that’s because it is. This generously-sized pudding basin from Mason Cash makes it easier to steam desserts in a pan or microwave. And you can’t go wrong at £11.50.

These hardwearing pudding bowls come as a pack of four, are fridge, freezer, and microwave safe, and cost just £4.99.

This classic ceramic pudding basin from Mason Cash is included in a range exclusive to John Lewis. Inspired by English heritage, it conjures up mid-19th century sculleries and traditional baking. At £20 it’s on the pricier side, but it’s worth it for something so aesthetically pleasing.

This iconic design will fulfill all your steamed pud needs. It’s £28 but it’s a bowl you can use all year round and it’s attractive enough to be on display in your kitchen.

For less than £20 you can buy a professional standard, non-stick pudding steamer from KitchenCraft. It offers a double Quantum II non-stick coating which is silicone-based, meaning it’s PFOA and PTFE free.

How to make sausage rolls

How to use up leftover Halloween pumpkin

How to make a tsunami cake

How to cook tuna steak

Walking for weight loss – is 30 minutes a day enough?

How to calculate Christmas turkey cooking times by size and weight