11 ways to save money when shopping with Amazon

How often should you wash your hair, according to the experts 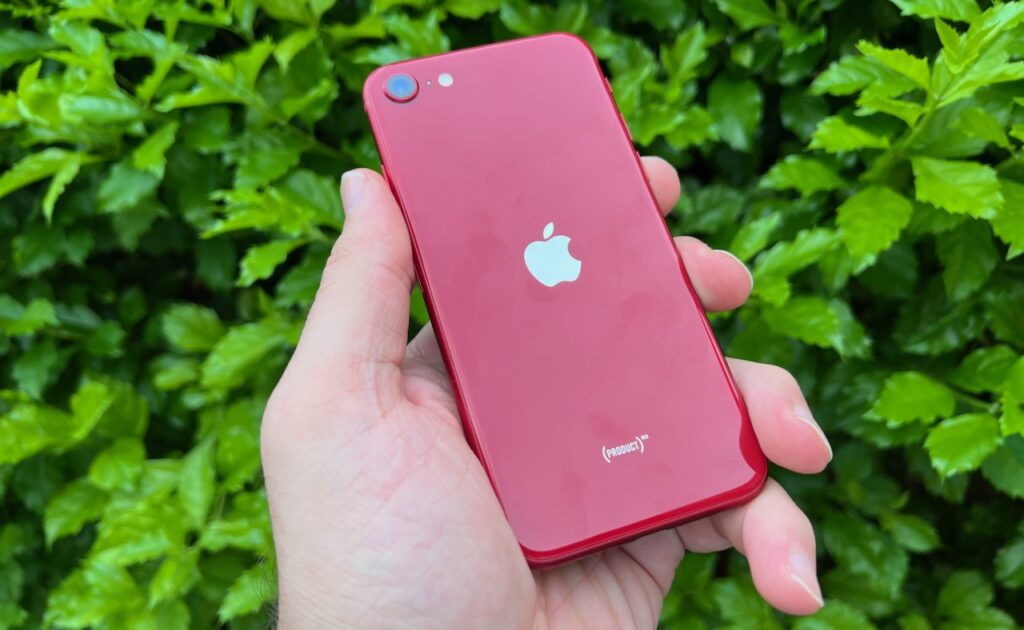 The design of the new iPhone SE is an old favourite but most of the changes and improvements are under the hood for Apple’s most affordable iPhone.

Think of this as putting a new engine into the chassis of an older car.

You get better performance, faster speeds and a few extra capabilities but in the familiar shape and size of something you’ve loved for years.

In the case of the iPhone SE, this new engine is the A15 Bionic processor and 5G connectivity to bring it up to speed with the latest flagship devices.

Tech Guide used the iPhone SE, with its 4.7-inch Retina Display, as our daily driver.

We had to put ourselves into the shoes of the typical customer who would buy this product.

And that’s not us. We prefer a much larger screen and the all-screen design.

But we know of plenty of iPhone users who have got a lot out of their older devices like the iPhone 6, iPhone 7 and iPhone 8 and subsequently held onto them for many years.

They were more than happy with the features, the size and the design.

They were on a good thing and stuck to it.

For that customer, who wants a sense of familiarity but still want to upgrade to a new iPhone, then the iPhone SE is a perfect fit.

And having the latest processor means the iPhone SE is somewhat future proofed because it will be compatible with the latest iOS software for years to come.

For those parents whose kids are hassling them for an iPhone, this is also a good choice especially if they are in an iPhone household where features like Parental Control and Family Sharing are easier to organise.

It doesn’t have the iPhone 13’s larger display, the multi lens camera system and the premium design – that comes at a cost which is, in fact, twice the price of the iPhone SE.

But the iPhone SE still holds its own with its aluminium and glass design which has been upgraded to the toughest glass in the smartphone.

It’s the same as the back glass of the current iPhone 13 and iPhone 13 Pro.

It still has a home button which includes Touch ID which many will argue is faster and more convenient than the more premium Face ID found on the more recent iPhones.

But what Apple has done is included the A15 Bionic chip, the same processor found in the iPhone 13, to really improve the performance and speed of the device.

This processor upgrade also unlocked several new features in the camera and creates a greater power efficiency for a longer battery life.

iPhone SE is also IP67 rated which means it is water and dust resistant so it can handle accidental spills from things like coffee, tea, water and soft drink.

The new and more powerful A15 Bionic chip and it’s neural engine has unleashed new camera features so you can take better images and videos.

One feature that’s been unlocked within the 12-megapixel camera is deep fusion which adds texture and detail to optimise your images.

And Smart HDR4 (high dynamic range) can also adjust the colour and contrast on the fly to make them more natural and lifelike.

Also onboard is Photographic Styles which allows you to choose the look and temperature of your images.

Live Text is another feature unlocked by the processor’s computational photography improvements.

It allows the camera to recognise and act on text and phone numbers in images whether they are taken from a sign or a book.

For example, if you see an ad on a billboard and it includes a phone number, all you need to do is aim the iPhone SE’s camera to recognise the text and numbers.

You can then call that number directly without having to write it down and physically type in the number.

The iPhone SE can also shoot 4K video and up to 60 frames per second with video stabilisation.

And these features also apply to the 7-megapixel front facing camera as well.

And let’s not forget the iPhone SE has 5G compatibility, another feature that will futureproof the device with 5G network footprints expanding every week.

Having this 5G connectivity means super-fast downloads and uploads and the ability to play the latest online games on the move and stream content from anywhere.

The iPhone SE also has Smart Data mode which automatically switches down to 4G when 5G isn’t needed to save battery and switch up to 5G when it’s a better and faster connection than wi-fi.

Now I know some of you are thinking that you can get an Android phone with a larger screen, multiple cameras and 5G connectivity for less than half the price of the iPhone SE which starts at $719.

But one thing you don’t get is iOS and the breadth of Apple’s ecosystem.

The customer who has always used an iPhone and wants to continue to use an iPhone without wanting to spend big money will find a friend in the iPhone SE.

The iPhone SE is ideal for the customers who must have an iPhone but doesn’t want or doesn’t need to spend money on a flagship device. It puts impressive performance, improved camera features and 5G connectivity in their hands and will last them for years.

How to wash your face properly, according to the experts

Weight-loss plateau: How do you beat the diet plateau?